In the 1990s, businesswoman Ana Maria de la Merced Guimarães dos Anjos and her husband, Petruccio Guimarães dos Anjos, bought an 18th century mansion, located in the Gamboa neighborhood, a port area in Rio, where they planned to move with their children. Early in the renovations, however, the couple found a part of the Cemitério dos Pretos Novos on the property, where, in the 18th and 19th centuries, it is estimated that the bodies of between 20,000 and 30,000 slaves who did not survive the long and dangerous ship crossing ship between Africa and Brazil, were dumped. After sharing the information with public authorities, in 2005 the family created the Pretos Novos Institute for Research and Memory with the goal of encouraging reflection on the period of slavery in Brazil and disseminating black culture through educational projects and research. Today the house contains a library and a memorial with panel displays, photos and part of the findings from the archaeological site, such as household artifacts. In an outbuilding, the Pretos Novos Contemporary Art Gallery, opened in 2011, seeks to be a “space for artistic and curatorial experiments, where local history should be revealed or dialogue with other issues related to it and its surroundings,” according to curator Marco Antônio Teobaldo. Everything is managed by the Guimarães dos Anjos family, who is currently struggling to keep the space open. 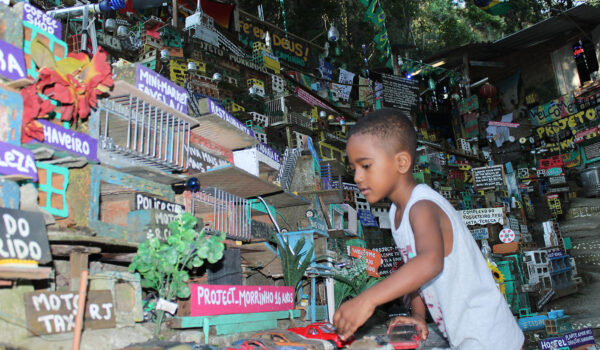